What is Important After Tragedy Strikes

Celebrate Your Successes To Accelerate Your Mission

(Note: We really want to read, share and celebrate your stories of going to hell, living to tell, and then living out your answer to the life-defining question: What matters now? So after you have read this blogpost, head on down to the comments section, share your thoughts and of then tell us your own amazing story!)

Have You Ever Felt Like You Were Pushing a Boulder Up a VERY Steep Mountain?

That’s what this past few years have felt like for me, especially this past year! Well, actually 2 years! But now…It’s time to celebrate a major success, so that the energy of success accelerates my peace mission: Journey of 1000 Days! Let’s hear a huge drum roll please…LOL 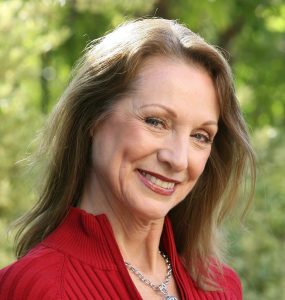 Parting is Such Sweet Sorrow!

So this past year began with 3 storage units full of my beautiful, difficult-to-part with “stuff”! One unit is of course still filled with the books I have written and the products I sell in my business, so it’s not the one I needed to empty ASAP. But the other two (larger) units were full of my “stuff” that I loved but had to let go of. Wow, parting was truly such sweet sorrow! Now I understand that darned Shakespeare quote! LOL

You Can’t Take It with You…

But “you can’t take it with you” has been a resounding message throughout my dreams at night and in my meditations by day – since September of 2015! (And on a deeper subconscious level since the end of 2014, after a tragic personal loss…) Over and over again..I keep seeing, hearing and feeling (at the deepest place in my soul) these words…you can’t take it with you!

So (you may be asking) why then did I not get rid of all of my stuff before now?

Truth is I had planned a huge estate sale during the first week of December 2015 – before leaving the rental nightmare I was unfortunately immersed in for the entire year of 2015! I rented a home I was told was not on the market – and then spent the entire year playing Vanna White showing this home up to 17 times in a given day. Only difference – Vanna gets paid to show stuff! I paid $2000 a month to show this god-forsaken decrepit home.

My unscrupulous ruthless landlady and her narcissistic sociopathic daughter and son-in-law (an x-cop!) decided to go for broke and force me to leave immediately (and hopefully) without time to salvage any of my amazing belongings, including an incredible collection of original artwork! So they had me in court within 2 weeks, and evicted (by law enforcement officers) 5 days later…3 days before the sale was to take place!

Normally such an eviction would take at least 45 days – but not when you are dealing with self-serving x-cops and their families! Take note of this please…because you do not stand a chance unless you have a very expensive lawyer to take on this type of unscrupulous individual or family. I tried (very hard) and failed (dismally!)!

I will explain more about this later (in many more blogposts) because I feel it is really important to learn from other’s mistakes…and I made sooooo many mistakes with this group of hostile entities! However, I also want to make sure that this is not an entire book in one blogpost! LOL

The Most Important Thing…

So the most important thing I want to share now is this…I have finally emptied the largest and most expensive 2 units that housed all of my “stuff” – basically replaceable stuff. How did I do this? Wish I could say via sales! But that is not the case…

Many of my friends received my most beautiful treasured items. Next to that was an amazing organization (still donating to them) called A Sense Of Home. I’ll share more in another post about this awesome charity. Then there are the standard charities that received huge amounts of books, exercise equipment, personal items, etc. And of course I did sell a lot of my stuff…for pennies on the dollar!

But Here’s the Real Deal!

Selling my things took so long that in the end I made far less from sales than I paid in storage fees! So my recommendation: just give your s__t away! Save yourself an entire year of wasted time, frustration (more about all of this later), and especially energy (in every form you can imagine!)

That said, I still want to celebrate with you on what I have accomplished…at last. And I mean “I” here! Yes, there were a lot of friends who emotionally supported me – but I did ALL of the heavy lifting, packing, unpacking, repacking, moving from one unit (at the front of the huge storage facility…more than once!) to the other unit (at the very back of the facility), lifting and heisting heavy boxes on top of other heavy boxes I had repacked and moved…you name it, I did it! And I’m 66 years old! Bravo!

So would you like to see a couple of photos? Yes? Awesome! I’m gonna share a couple of photos of before and after. But just to be clear, I missed the best shots when the 2 huge units were jam-packed full! I spaced on taking photos of the amazing journey from full (of stuff) to empty of every encumbrance! Darn it!

The photos below are from the afternoon of 1/18/17 – and then midday of 1/19/17! I even swept the darned floor clean before heading to the front office to close the unit from my account forever…Oh, what a feeling! 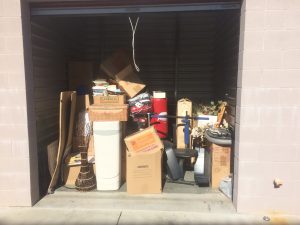 Stay tuned…more to come…lots more! Including a wealth of inspirational stories from the amazing people I met over this past year.

Wishing you an awesome week ahead!

PS: Trying to minimalize your own life, and clear your clutter? Don’t know where to start? Then make sure you grab the free report I put together for you. Click here to get it now.

PPS: Want to find out more about the Journey of 1000 Days? Head on over to our Facebook page, and Like us there…and while you’re there, share your own story of overcoming a major challenge and then asking yourself: What matters now?